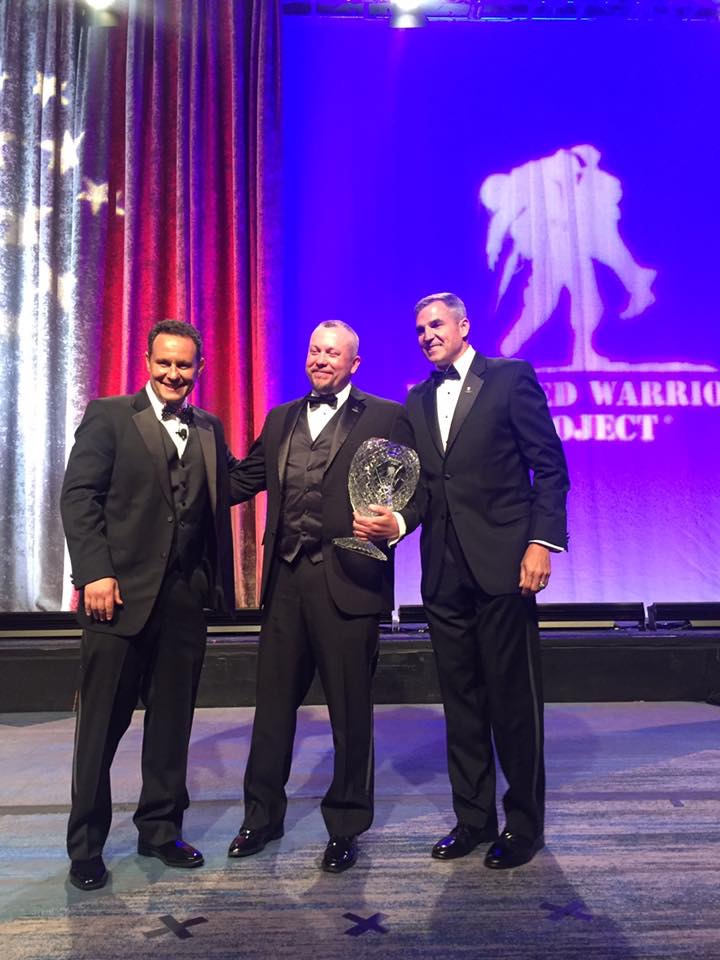 Brett Miller of Sisters has been honored by the Wounded Warrior Project as the recipient of the George C. Lang Award for Courage.

The prestigious award, presented at an event in New York City, was founded in memory of George Lang, a Medal of Honor recipient who passed away in 2005. It is bestowed upon an individual who best exemplifies the spirit and virtue of Lang, who was a humble yet unyielding advocate for all veterans, particularly those with disabilities.

Although Lang shunned the spotlight, preferring to work on behalf of his fellow veterans in anonymity, his service both during and after the Vietnam War merited public acclaim and recognition. He never stopped supporting his fellow veterans, and took the time to visit wounded soldiers at Walter Reed Army Medical Center, hoping these young men and women would draw strength from his experiences in adjusting to and living with a combat-related disability.

Lang epitomized what it meant to be a wounded service member, broken in body but not in spirit.

Miller, who was severely wounded by a roadside bomb in Iraq and spent over three years in hospital recovering, founded the highly successful Sisters-based nonprofit Warfighter Outfitters, whose mission is to take disabled veterans out hunting, fishing, and on engagement trips where they help make infrastructure improvements in places such as Yellowstone National Park, or Organ Pipe Cactus National Monument.

Warfighter Outfitters served more than 2,000 disabled veterans last year, and has been instrumental in helping veterans adjust and adapt to both physical and psychological injuries sustained in combat.

At the black-tie event, which was attended by numerous celebrities, professional athletes, and hundreds of veterans and their families, Miller was presented the award by Brian Kilmeade of Fox News, and retired Lieutenant General Michael Linnington, CEO of the Wounded Warrior Project.

In his remarks, Kilmeade told the assembled that Miller best represented the true heart and spirit of the Wounded Warrior Project’s iconic symbol, “The warrior being carried to the warrior carrying others.”

Taking the stage to thunderous applause, Miller captivated the audience with a powerful acceptance speech.

“I am among giants,” Brett told the crowd. “The Wounded Warrior Project’s vision is to honor and empower. I don’t think anyone has been more honored or empowered than myself.”

Referring to the fact that he sold his Harley-Davidson motorcycle to found Warfighter Outfitters, Brett said, “What I thought was a personal sacrifice ended up being a savior to me because I learned more in the last several years of guiding disabled veterans than I could ever learn. And the only reason I was able to do that is because the Wounded Warrior Project honored and empowered me.”

Miller went on to thank many of the people who have assisted him along the way, including his long-time girlfriend Brook Wolfe, who was in attendance. After the ceremony, the couple spent several days touring many of the nation’s historical sites and monuments in Washington, D.C., Mount Vernon, and elsewhere.